Plant a tree in memory of Abbott
An environmentally-friendly option 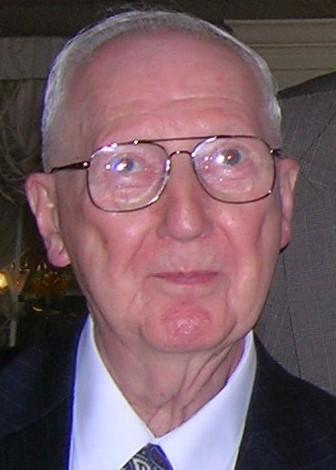 Abbott W. White, 96, of Wallingford, formerly of Norwalk for 55 years, died on April 18, 2021. Abbott was born in Beverly, MA to the late Edmund J. White and Gladys V. Cogswell White. He graduated from Bloomfield High School in 1943. He served in the U.S. Army Air Force from 1943 to 1946. In 1949, Abbott graduated from Teachers College of Connecticut (now CCSU). Later, he earned a Master’s degree in Administration and Supervision of Industrial Arts Education from The University of Connecticut, and a Sixth Year Diploma from the University of Bridgeport. He began his teaching career in 1950 at Williamstown High School in Williamstown, VT. He taught at New London High School (1951-1957), and West Rocks Junior High School in Norwalk until his retirement (1957-1984).

Abbott was also very active in the Norwalk- Wilton Chapter AARP. He served as president, recording secretary, and editor of the newsletter. For many years, he taught AARP 55 Alive safe driver’s classes throughout Connecticut. Abbott also enjoyed reading, gardening and listening to opera on the radio. He moved from Norwalk to Pond Ridge at Ashlar Village in Wallingford in 2012, where he enjoyed continuing to use his green thumb caring for his plants.
Abbott is survived by his daughters, Margaret Phillips (Abe) of Forest, VA, Janice White of Torrington, and Joan Tangney of Wallingford, and his son David White (Kathleen) of Laconia, NH; grandchildren Jonathan Phillips (Marie), Deborah Vereen (Morris), Benjamin Mager (Mariah), Daniel Mager, Michael Tangney (Erin), Melissa Tangney, and Jeffrey White (Jenny); great grandchildren Hunter and Brandon Phillips, Aurora, Kiera, and Tristan Mager, Jackson White, and Pierce Tangney. He is also survived by a brother Kenneth White of Vernon.

In addition to his parents, Abbott was predeceased by Betty, his beloved wife of 64 years, a brother Alton White and his wife Lucy, brother in law Charles Hatch, sister in law Beatrice White, son in law Alfred Tangney, and infant granddaughter Elizabeth Mager.
The family wishes to extend its gratitude to Yao Agbodan for providing devoted care and companionship to Abbott for the past few years.

Funeral arrangements are being handled by Magner Funeral Home, Norwalk. Services will be private. Interment will be at Willowbrook Cemetery, Westport.
Donations may be made in Abbott’s memory to a charity of one’s choice.

Plant a tree in memory of Abbott by clicking here.
To send flowers to Abbott's family, please visit our floral store.

Plant a tree in memory of Abbott
An environmentally-friendly option

Plant a tree in memory of Abbott

1 tree planted in memory of Abbott

Sending love to the family.  So sorry for your loss.

Sending our love to all of you. Our families go back so many years. It was nice that our parents not only had the time together at Grace Church, but at AARP as well. And your mom and my mom kept in touch by letters for many years as well. The families’ friendships meant a lot to us all

Sorry to the family for your loss. He lived a good long life.  He was my metal shop teacher at West Rocks and taught me a lot.  May he rest in peace.

Wow, I remember Mr. White like it was yesterday, what a great teacher and person, Mr. Patients, I made a Giraffe and Foot Stool in Woodshop and I was terrible, it did however start my love for woodworking, I can’t remember what I made in the metal shop, that’s not the point, Mr. White taught Tens of Thousands of Boys how to use their Hands & Minds. I am forever grateful to you Sir. RIP Mr. White you truly deserve it ….

Sorry for the loss of your father. He was always great with the kids and the staff. I used to visit him in the shop and ask some shop related questions. He was a kind man and a great father. I also enjoyed knowing his children through school and the Honey Hill playground. Very sorry.

Plant a tree in memory of Abbott